A downloadable game for Windows, macOS, and Linux

A Visual Novel with an immersive 3D first person perspective.

Synopsis: A young college student becomes the main protagonist in a series of extraordinary events which will determine the fate of the world.

Word count so far is +88k. I like to know how you feel about the story, characters and system of choices. If you see some problems with the demo (graphics, language and consistency related to choices), please let me know.

You can watch part of the main story (no choices) on YouTube. This has a lot of different dialogue than the current demo, because I kept reworking everything when I started adding choices. It's an old version of the story which I only keep for those who want to quickly see some 'gameplay' without having to download the demo. https://www.youtube.com/channel/UCNN9HBioQixqmYr4YHffHeg

The demo in its current state will end at various points in the timeline depending on which path you choose and concludes what I consider to be more or less chapter one (out of five). Some story paths will go directly from chapter one to chapter five, meaning that certain important events and characters will never appear there. Alternatively some paths have characters which don't appear in the main story or which have only a very minor role in the main story.  I already have a main story without choices which goes nearly until the end, but this is not accessible in the demo.

Every dialogue line of the protagonist offers a choice between two possibilities. Most of these will only have a minor effect on the story and some have no effect at all. You will often get different replies, sometimes they will make you skip certain events or give you an opportunity to experience them in a different way and sometimes certain choices will lead to very different outcomes with far reaching consequences. Aside from the main story line, there are currently four significantly different alternate paths. There will eventually be multiple endings.

Things that I am planning to do after the story is completed, is making an achievements page to make it easier for the reader to know how much content can still be explored, rework some of the music, add more graphical expressions to characters and lots of playtesting to improve the consistency of the story related to the choices.

There's also a blog on 7thgoddess-vn.tumblr.com where I will keep posting new pictures and some comments about how development continues.

Features of this novel include:

* characters realistically integrated into the environment

* graphic resolution = 960 x 640 (recommended for making it accessible to mobile platforms, as what I read on a visual novel forum)

* many choices to make, with some resulting in very different story development

* main protagonist is a 20 year old male college student. There’s a second protagonist who will be revealed later during the story.

* not a dating sim - this is a story about mysterious events, forces threatening the world, unusual characters/relationships

* no explicit/graphic adult content (probably just a few suggestive scenes), but it does contain some scenes or references that could be regarded as disturbing (rape, cannibalism, murder, mental manipulation, torture, suicide)

* several characters are inspired by K-Pop singers, even though you will never see any similarities and there’s no reference to music at all. I just used videoclips as an inspiration for thinking about how I could make cool characters. The first versions of the novel were done with images and music from such videoclips.

This is currently a solo project, which I started in May 2017. I am making the graphics, story, programming … I made some music in the past which I am using (as well as some demo songs from software I own) and I will probably make some more later after I finish the story. Graphics is taking most of my time. I am not good with drawing so I make everything in 3D software (Daz Studio). I had no experience before with visual novels or graphic design. For making the novel, I started with Novelty, then Tyranobuilder and now Ren’Py. I realized later that pre-rendered graphics are normally not used for visual novels. But I want to make something with different camera angles within the same environments and for that I think I can only use pre-rendered graphics.

A few things about myself: I live in Belgium. I was born in 1968. I have a part time job. Since high school I have always had a desire to make games and write stories (I did some play by post roleplaying as GM), but most of the time I didn’t get past the concept stage.

This was a really good story. I was gutted when it ended without knowing the ending. The movement of the characters were great but would have been nice to fit the whole screen. I could just imagine this with voice acting and wow. Really great so far... :)

When this is finished I will put this on my youtube page for all to see. For anyone reading this give this a play. The story is gripping.

Hi, thanks a lot for your comment! It's great to know that you enjoyed it. I will continue uploading episodes to YouTube (normally 1 or 2 each week) and from time to time I guess I will update the demo also with new episodes. I hope to be able to finish at least the main story (without choices) this year.

I thought about voice acting and maybe I could do some crowdfunding for that (??). I read that voice acting costs quite a lot. But I was also planning to keep this a free game, at least for the version without choices, so I am not sure about it. First now I want to complete graphics and story.

Regarding image size. I made an earlier version with Tyranobuilder and there they suggested 960x640 because it's easier for mobile phones. That's basically the reason I got stuck with this. Larger image size also means longer render times.

hey could you check out my horror game i just released please? http://hkstudios.itch.io/spend-the-night-with-kitty

Thanks a lot for featuring my story on your channel and for the nice comments! 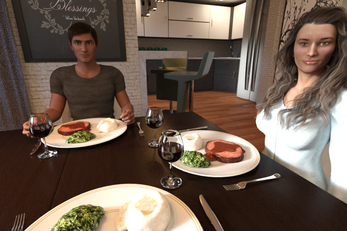 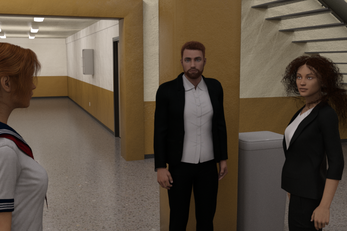 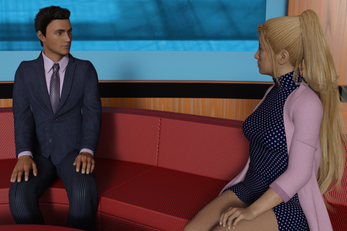 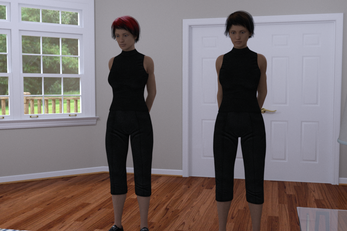 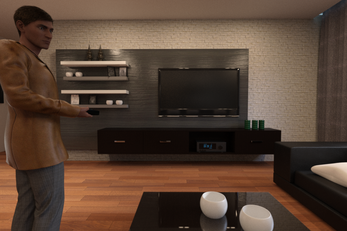 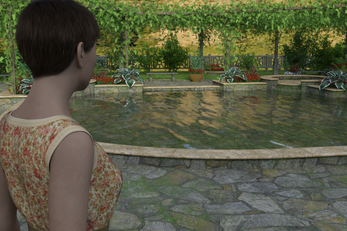 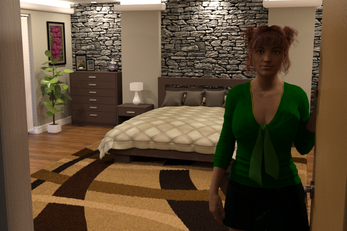 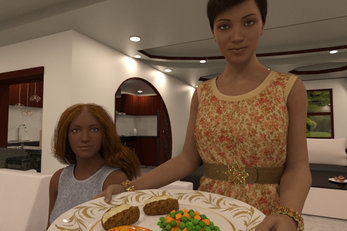 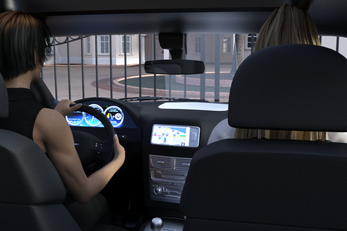 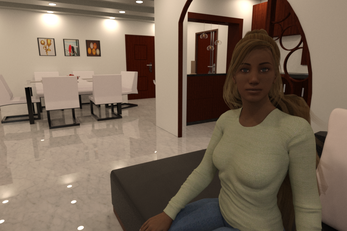 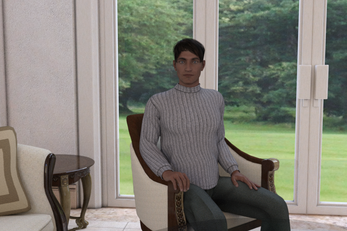 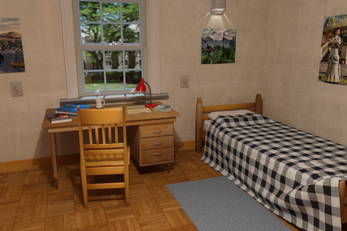 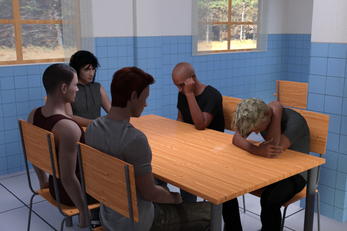 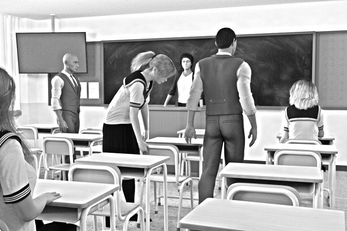 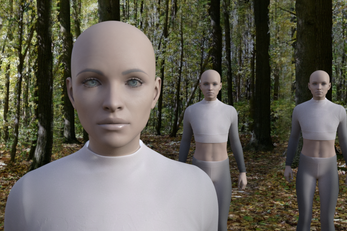 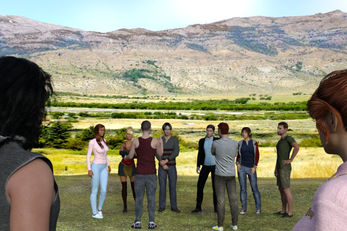 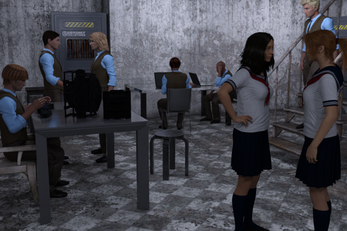 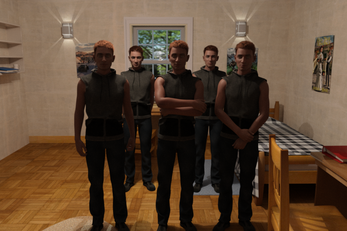 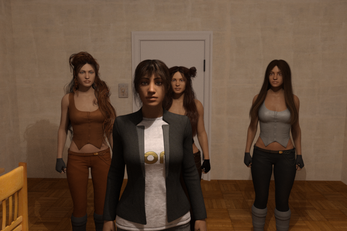 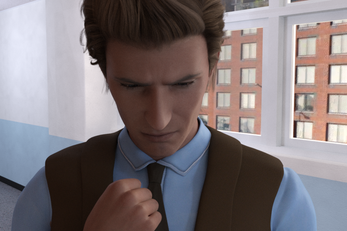 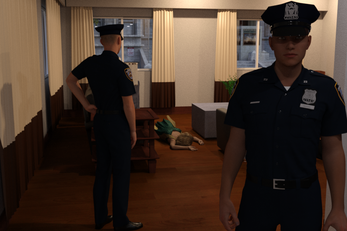 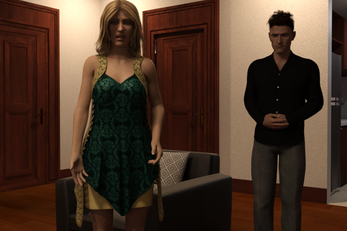 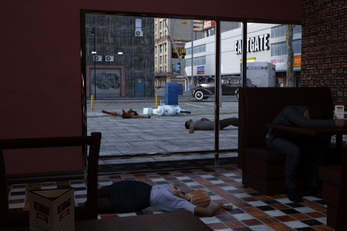 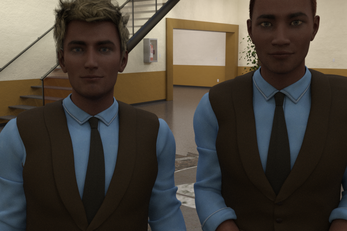 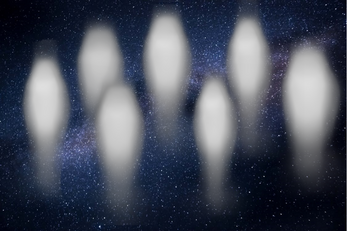 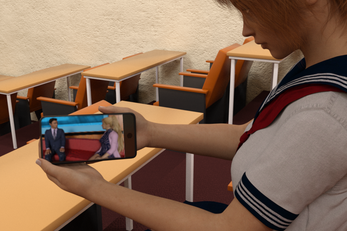